The 5 Hidden Secrets of Craps that everybody Should Know 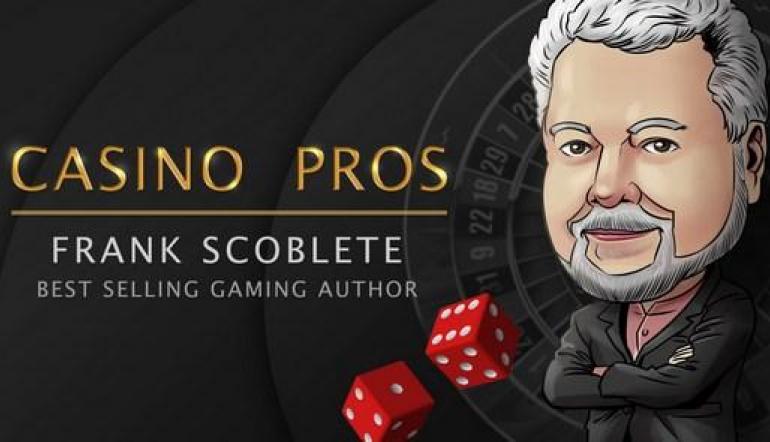 I am a degenerate gambler, degenerating all the time at craps.

Actually, I’m not. I was just kidding. I merely played a degenerate craps player on stage in New York (so far off-Broadway it was in another borough). 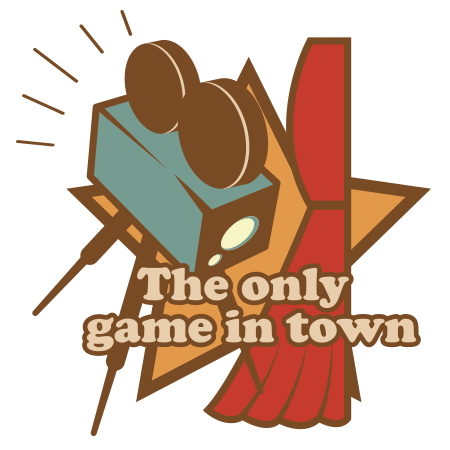 Warren Beatty played Joe in the movie version. I heard he was okay.

I had some great scenes in the play where I emoted all over the stage. Let me tell you something, I am a great emoter, one of the best. I did have one little problem though; I had no idea what I was emoting about.

In the end, Joe Grady has an incredible run at the craps table which he tells his lady-love-showgirl Fran. He hit all sorts of yo’s, hardways, horns, worlds and heaven knows what else. My problem was clear: What the heck were all these bets I was emoting over? I didn’t even know how the game of craps was played? Why was the game even called craps? It sounded pretty disgusting to me if you want to know the truth.

So I asked my co-star Alene Paone – who would eventually become my wife – if she wanted to go to Atlantic City to take a look at the game. She agreed.

I MEET THE CAPTAIN

First stop, the Claridge, the hotel of my conception after World War II. You can say that I won my biggest lottery the night of my conception, beating all those other sperm to my mother’s egg. Dear readers, you won your conception lottery too. You’ll never have as big a win as that ever again.

At the Claridge I met the man who changed my life; the Captain, who took me under his wing. I soon discovered that the Captain had developed methods of craps play that were unique. He was the leader of a band of 22 high rolling players known as the Crew. These guys knew all about all those bets I had to emote about in The Only Game in Town.

The Captain let me know clearly the following: All those bets your character made were bad bets. It’s obvious that he will go back to the casinos and lose his money based on how he bet. You don’t have a chance at craps if you make high house-edge bets. Frank, your play doesn’t have a happy ending for Joe Grady; it has a sad ending. Audiences might not realize that since Joe is celebrating a big win.

Over the years, the Captain taught me and I learned more from him than from any book I ever read or expert I ever met. I will go through his ideas in future articles but here is the essence of his teaching: 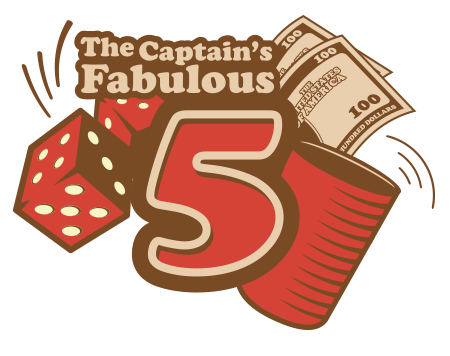 1. HANDLING THOSE OTHER SHOOTERS

Like Joe Grady, most craps players want those big wins, those monster nights with one or more shooters having monstrous hands. Sadly such hands are few and far between. The average length of a craps shooter’s hand is about eight rolls. Fortunes aren’t made that way.

Since craps is a negative expectation game (yes, your expectation is to lose the more you play) every dollar you wager on a shooter is a dollar at risk over time. 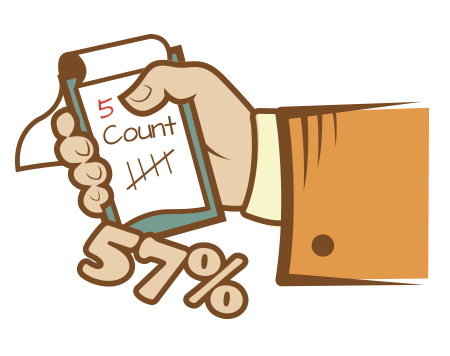 The Captain came up with a playing method called the 5-Count which reduces the number of rolls you bet on other shooters by 57 percent. I will explain the 5-Count in detail in an upcoming article.

I play the 5-Count on other shooters but I add my own wrinkle to the Captain’s method. After the 5-Count is completed I will only make one bet on one shooter. That’s right, unlike most craps players who make multiple bets on a shooter I merely go with one.

Every bet you make on a shooter means you are playing another game against the house. There is no difference between you betting three bets or three separate players betting one bet - three games are being played! So why double, triple or multiply the number of games you are playing?

If you are an inveterate craps player you are probably shaking your head thinking, What’s wrong with Scoblete? The more bets at craps the more fun! My answer to that is to paraphrase what the Captain said about Joe Grady: You are just asking to lose your money and the more bets the more money you will probably lose over time.

So, one bet on one shooter. 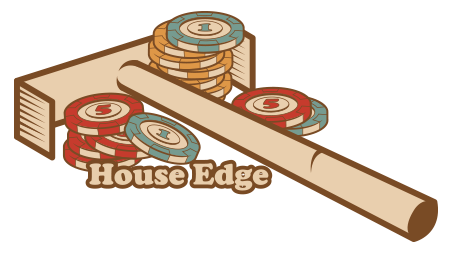 The house edge is 1.41 percent on the Pass or Come, meaning a loss of $1.41 per one-hundred dollars wagered. (A loss of 14 cents per $10 wagered.) That’s pretty close to a 50/50 game. Using odds decreases the house edge substantially. So a small bet on the Pass and Come and put those odds as high as you can afford.

When I am the shooter, I will make three bets to begin with. I make my Pass Line bet with full odds and two Come bets with full odds. If I get on a really hot roll I will spread my bets to all numbers and increase the Pass and Come portion of the wagers so I can take even more in odds. More information about house edge, etc. can be found in our designated article about Casino Odds.

It is smart to separate your real money from your play money. A separate account for your gambling money - what I call the 401G (G stands for gambling) - allows you to accurately keep track of just what you are doing in your wagering life. In this way you will not be digging into little Lulu’s college fund.

If you have $10 and you are betting pennies at a game, a loss is usually not devastating. But if you are betting one dollar into that $10 a few losses in a row could unnerve you.

The very first bankroll I had in my very first month of becoming a player was $5,000 which was a lot of money to me at the time. I made bets that were way too big for such a bankroll and, sad to say, I lost every penny.

When my now wife (whom I call the Beautiful AP) and I stopped by the Captain’s house, he took one look at us and said, There they are with empty pockets. That never happened to me again. My gambling account and my real-life account are separate like matter and anti-matter.

So make your bets small in relation to your total bankroll. For me it’s a dollar to $500. As I said in the previous paragraph, I will never lose my bankroll again.

Of course, at negative expectation games you are expected to lose money the more you play. That is the truth. But you can regularly contribute funds to your 401G from your salary or your business.

5. THE RHYTMIC ROLLER: IS CRAPS A BEATABLE GAME?

Is craps merely a random game of luck for the players or are some players capable of beating the game over time? This question is the most controversial aspect of my writing about craps.

The Captain believed that certain shooters, those he dubbed rhythmic rollers, had the ability to change the probabilities of the game. I think he was right. From my experience I have seen players such as the Captain, Jimmy P. and the greatest rhythmic roller of all time, the woman known as the Arm take loads of money from Atlantic City casinos. I have also seen modern-day rhythmic rollers such as Jerry Stickman demonstrate such proficiency. 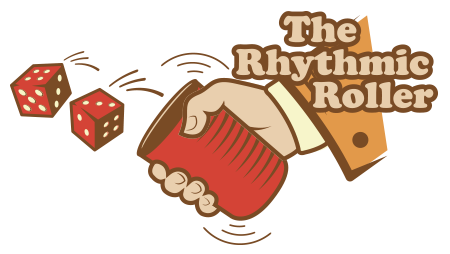 Still, my witness is not believed by some gambling experts and players. Other experts have witnessed rhythmic rolling and are heralds of this method of play as am I. Many of the nay-sayers are individuals who have never attempted to learn rhythmic rolling techniques or they are people who have tried and failed to accomplish the task. Still, many players have developed a rhythmic roll but bet so poorly their skill could not overcome the house edges they were attempting to overcome.

So here is where this idea of the Captain stands. The game for almost all players is strictly luck with the better bets allowing the player a decent shot at the casinos’ money and the poorer bets usually ending in tears and sorrow.

For those small (really, really small) percentage of players who can actually achieve rhythmic rolling the game is beatable. You can take your pick as to whether you believe such a thing is possible or not. The Captain did. I do. 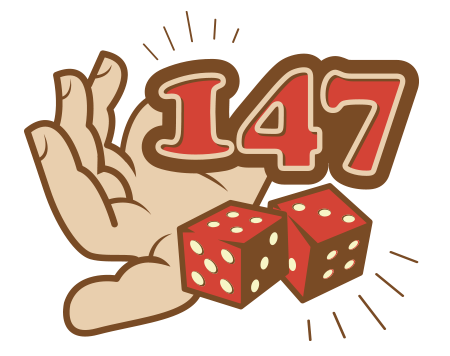 I’ve had many great experiences at the craps tables. I will share these with you in my future articles. So here is one for today:

I was privileged to be on the Captain’s 147 number hand in July of 2005 in Atlantic City. Although his record was beaten by Patricia DeMauro’s 154 hand in May of 2009, such rolls are a craps-player’s dream come true. I guess you could say I was a real Joe Grady one time in my life.?

I am sure there have been other rolls of amazing length that I don’t know about and craps players who cheered and high-fived during them. So there are players who have lived, mostly for a short while, the dream.

Frank Scoblete has written 35 books and several television shows. He has appeared on television numerous times. Frank Scoblete’s books are available at Amazon.com, Kindle, Barnes and Noble, and at bookstores.

Craps Tips
About the Author
By
Frank Scoblete

Frank Scoblete grew up in Bay Ridge, Brooklyn. He spent the ‘60s getting an education; the ‘70s in editing, writing and publishing; the ‘80s in theatre, and the ‘90s and the 2000s in casino gambling.

Along the way he taught English for 33 years. He has authored 35 books; his most recent publisher is Triumph Books, a division of Random House. He lives in Long Island. Frank wrote the Ultimate Roulette Strategy Guide and he's a well known casino specialist.